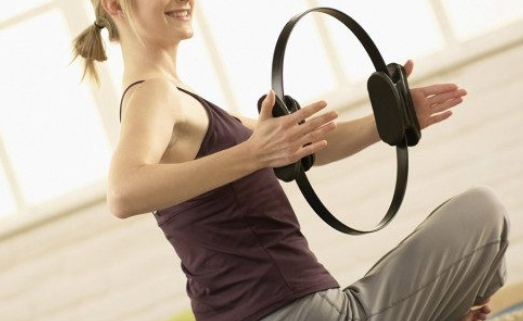 Bern Pilates is a fully equipped STOTT Pilates studio in New Bern, NC, and our clients often ask us about the differences between the many methods of Pilates that exist today.  While there are several different methods being practiced, for our purposes here, we will focus on STOTT Pilates versus Classical Pilates.  Although each derives from Joseph Pilates’ original method which he brought to America in 1923, there are some subtle but important differences between the two.

To begin with, let’s review exactly what Pilates is. Joe’s fundamental belief was that to possess optimal physical health, one must be in a state of excellent mental health, and vice versa, which is why the Pilates method is both a physical and mental workout. His method focuses on correct physical alignment, control, breathing, flowing movement, and concentration.  In fact, Pilates originally called his method Contrology, the science of control, and defined it as a way to thoroughly unite the body, mind and spirit.

In the practice of Pilates, movements focus on technique and control over repetition. Pilates believed that the core was the “powerhouse” of the body; thus, the core is generally the main focus of most Pilates movements. The core encompasses everything from your abdominal muscles to your back muscles to your pelvic floor.

Since the Pilates method was developed in Germany in the early 20th century, there have been almost 100 years of research and modification to the technique.  Many Pilates purists believe that it should still be taught without variation or modification, just as Joe Pilates himself taught it.  Others, such as Moira Stott take a different approach. Stott, as well as other proponents of a modernized version of Pilates still adhere to the basic principles of the method which include breathing, concentration and fluidity of movement.

STOTT Pilates is a contemporary version of the Classical Pilates method.  Moira Stott and Lindsay Merrithew worked with a team of physical therapists and sports medicine and fitness professionals spent years refining the Classical method to incorporate the modern principles of exercise science and spinal rehabilitation.  STOTT Pilates is one of the safest and most effective methods available, and it is regularly used for rehab and prenatal clients, athletes and dancers. Both STOTT and Classical Pilates teach precise and controlled movements.  It is the sequencing of exercises, the postural alignment, and the addition of props are the major differences between the two methods.

In general, STOTT Pilates encourages a more neutral position of the axial skeleton, allowing the muscles to lie evenly on both sides of the body, thus leading to balance between the agonist and antagonist and between strength and flexibility.  Classical Pilates often emphasizes an imprinted position Both methods, of course, must take into account the physical ability of the student.  Every movement, every concept, every variation can be manipulated to suit the particular individual.

STOTT Pilates often incorporates many different props – everybody’s favorite magic ring, weights, bands – to enhance the exercises during practice.  While Classical Pilates does not use these tools, one reason may be that they weren’t available to Joe when he was developing the method.  If he were practicing Pilates today, he may very well be using them himself because, of course, he wanted to give students the best possible training and most benefit from their own practice.

Both the STOTT and Classical Pilates methods have strict qualifications for instructors. Both methods require candidates to apprentice with a certified instructor from their respective methods. For a time, there were only a limited number of Classical Pilates instructors in North America. Candidates had to travel to New York City to complete their certification. In the meantime, Stott forged an affiliation with IDEA Health & Fitness Association and other fitness professionals, and potential certification candidates were able to learn about the technique and bring the method to all parts of the globe. As such, Stott is at least partially responsible for the growing popularity of the Pilates method.

Most current methods of Pilates, including STOTT, have studied the Pilates method to adapt it to evolve with the changes in the way that humans live their lives and the progressions made in research.  The bottom line is that no matter the version of the Pilates Method, it should focus on the abilities of the student, not the method itself.  The ultimate goal of any Pilates practice is to strengthen the core, create full body control and flexibility by performing low repetitions of a sequence of exercises that will strengthen the muscles, and create a strong mind, body connection to achieve optimal physical and mental health.